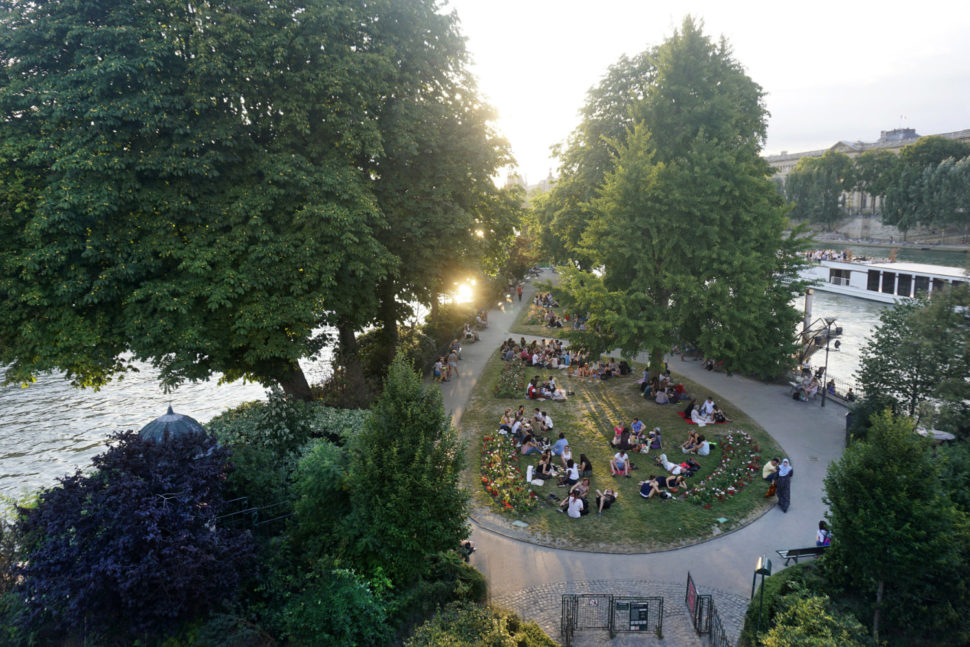 I would walk along the quais when I had finished work or when I was trying to think something out. It was easier to think if I was walking and doing something or seeing people doing something that they understood. At the head of the Île de la Cité below the Pont Neuf where there was the statue of Henri Quatre, the island ended in a point like the sharp bow of a ship and there was a small park at the water’s edge with fine chestnut trees, some huge and spreading, and in the currents and back waters that the Seine made flowing past, there were excellent places to fish. You went down a stairway to the park and watched the fishermen there and under the great bridge.

At twenty-two, newly married, and freshly arrived in Paris, everything seemed possible to Ernest Hemingway. Like so many American writers, he was escaping the Prohibition, puritanism and philistinism of home. Paris in the twenties was the capital of literature, music, art. It represented freedom: to write, talk, dress, make love as one pleased. He set about completing his writing apprenticeship with enormous energy and focus (which you can read about here).

So much that has been said of Hemingway is disparaging. Yet when he was young, he had extraordinary charm. Writer Malcolm Cowley who knew him at that time said this was partly to do with his physical presence. Handsome, tall and broad-shouldered, he carried himself with a reassuring air; ‘meeting him was like being led into the box stall of a huge, spirited, but surprisingly gentle stallion.’ He gave people his undivided attention, tilting his head to the side and looking the speaker in the eye. ‘Most People never listen’, he used to say.

Hemingway’s first wife Hadley, who was with him at the time, later said:

He was then the kind of man to whom men, women, children, and dogs are attracted. It was something.

The park at the end of the Île de la Cité that Hemingway describes is called the Square du Vert Galant. It is still covered with chestnut trees and continues to be a popular spot for those who like to fish. But on this Sunday summer’s afternoon, after a cruise down the Seine, we disembarked at the quay beside the park, under the Pont Neuf, the oldest bridge in Paris, to this.

American clarinetist and saxophonist Sidney Bechet was hugely admired in France. In 1950, after touring the country many times, he established permanent residency in Paris, where his concerts used to attract record crowds. ‘Indian Summer’ is a jazz standard originally composed for piano in 1919 by American composer Victor Herbert. It was recorded by Bechet in 1940. 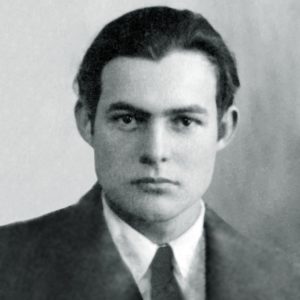 Ernest Hemingway (1899-1961) was an American journalist, novelist and short story writer who was awarded the Nobel Prize for Literature in 1954. His economical and understated style had a strong influence on 20th century fiction.